Give the gift of opportunity: donate today to Boston Arts Academy for its 25th Birthday!

On October 7, 1998, Boston Arts Academy opened its door as a pilot school, serving as a pathway to success for low-income urban students who might not otherwise have access to a formal arts and college-preparatory education. 25 years later, BAA has influenced the cultural fabric of Boston and changed the lives of over 2,000 alumni.

While Boston Public Schools funds the academics, BAA Foundation funds the arts, ensuring our students can pursue their passion and talent.

Sign up to get news & updates on our upcoming events! 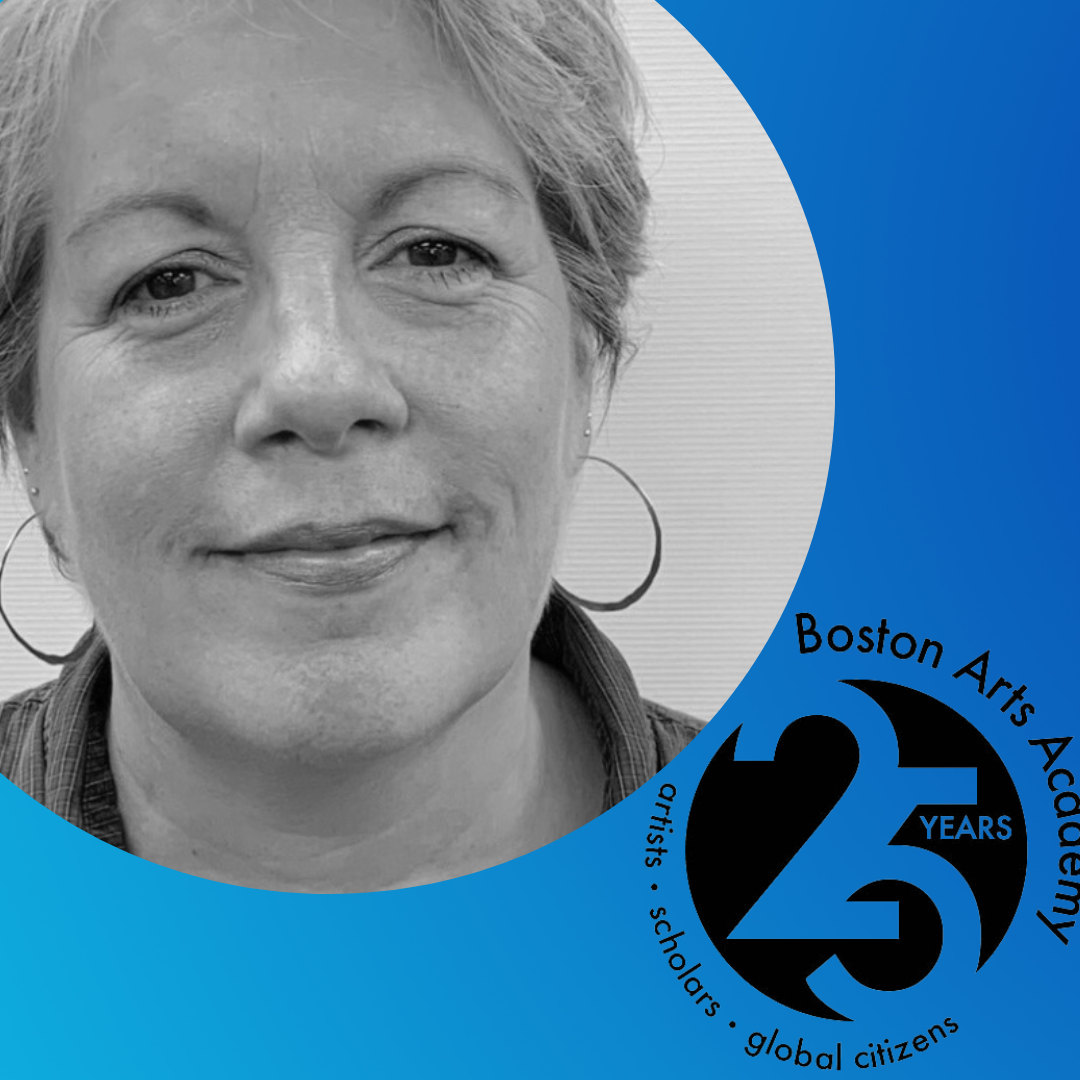 Learn More About Her... 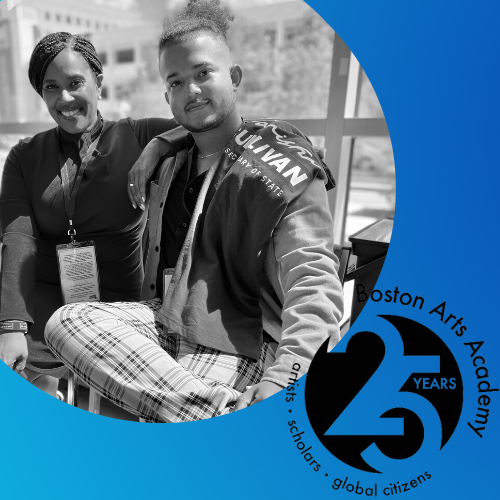 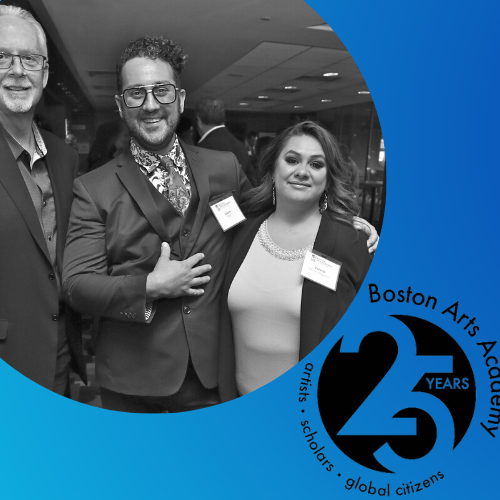 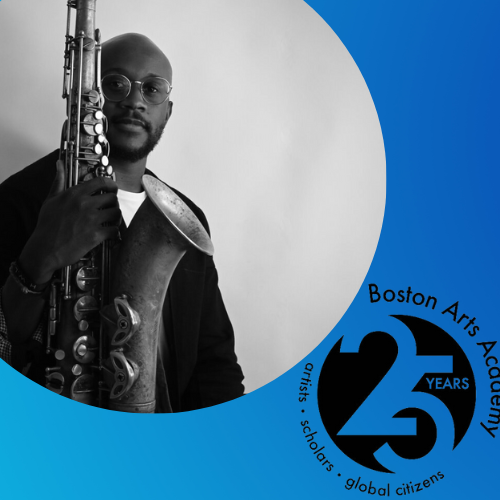 A Look Back at BAA’s History 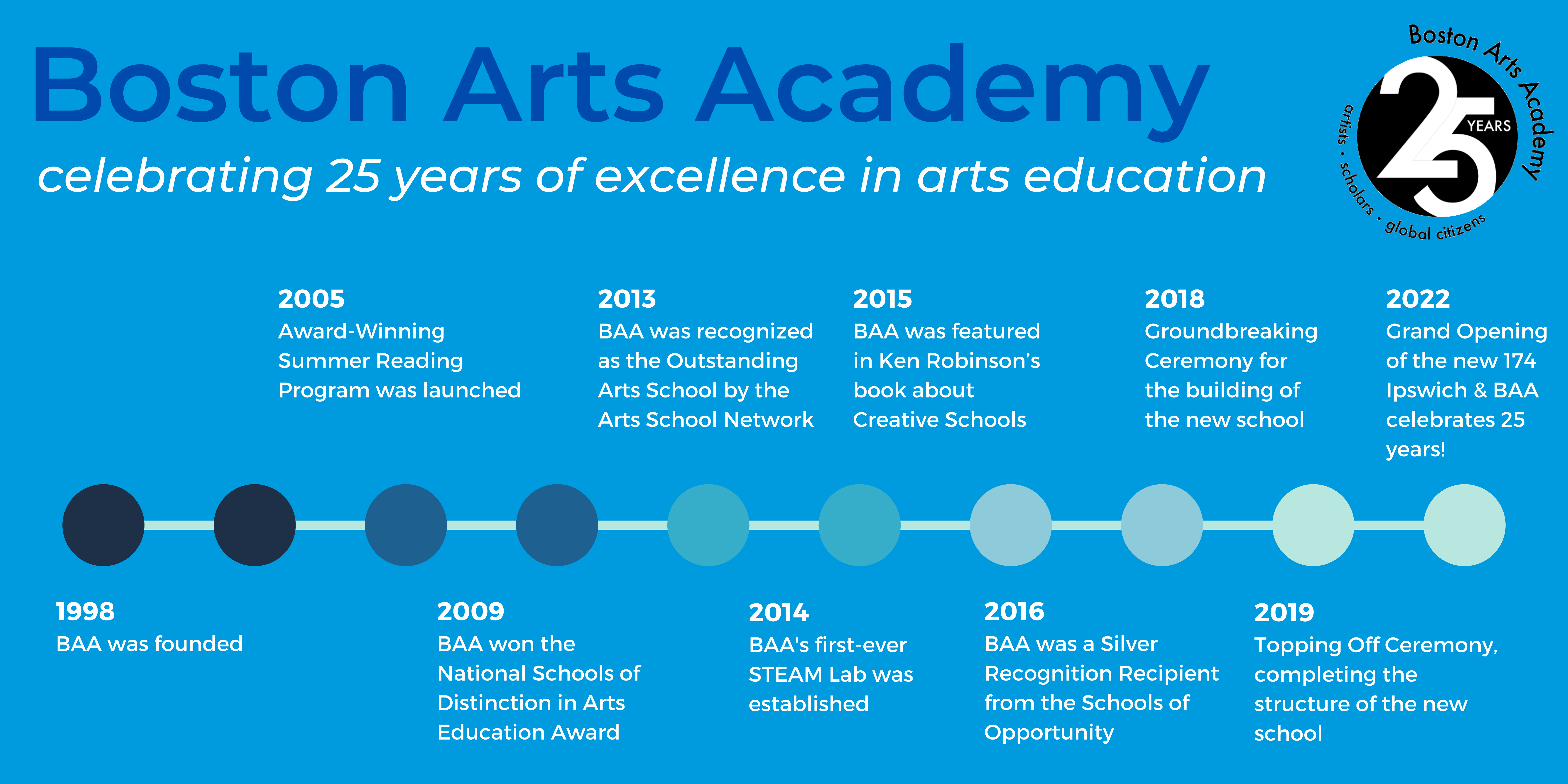